Linda’s Story: The Opportunity of a Lifetime Now 70 years old, Linda began drinking at a very young age, smoking marijuana at 17 and using heroin in her early 20’s. She chased the feeling of ease and comfort she got from using alcohol and drugs for the next 40 years. Born and raised in Sacramento, California, Linda grew up in a family where drinking was the norm and almost as far back as memory serves they drank together before, during and after meals. During her teenage years in the mid 60’s, everyone smoked pot and as she finished high school, where she’d been a good student and the Senior Ball Queen, she used marijuana recreationally without moving on to harder drugs right away.

When high school drew to a close, Linda began to feel as if she didn’t fit in, she wasn’t good enough, boys would not like her and that she would not be successful in her life. College wasn’t going well, and the shorter, thinner, prettier girls were doing better in all areas of life that Linda wanted to be successful in. That feeling, the nagging sensation of not being enough, is common to many who suffer from addiction. Depression becomes a common side effect of this feeling and when faced with a situation she couldn’t handle, Linda went to a family member she knew could make her feel “better” or rather, feel nothing at all.

While Linda hadn’t always used hard drugs, she had always been around the drug scene and knew exactly where to go when she was in need. This person helped Linda as requested and injected her with drugs for the first time. The drug that day was speed, but it didn’t take long before she graduated to heroin. The drugs were quite literally piled around her when at around 22 years old, she moved in with one of the “popular girls” she had once been envious of who was dealing almost any drug imaginable. Using all the drugs around her helped Linda to finally reach the sense of “okay-ness” she’d longed for.

The next few years of Linda’s life, through the late 60’s, might seem to many like a movie. A drug-fueled, fun-filled adventure through the Summer of Love where Jimi Hendrix concerts, vacations to Hawaii and psychedelics were a typical day and anything was possible. The whole time was like a dream. Everything was fun. Right up until 1972 when Linda hit a wall, and tried desperately to take her own life. The drugs had been masking a growing misery in her job as a dancer and a relationship with a man who treated her terribly. She was nearly successful in her overdose attempt, but was found blue-faced and near death before she was revived.

Through everything she experienced at this time, Linda remained for the most part gainfully employed. One such job, at the offices of a Labor Union, introduced her to the man she would marry. They fell in love and lived a lavish lifestyle as husband and wife, sailing up and down the California coast and enjoying their lives together. Linda and her husband also used increasing amounts of drugs. First meth, then heroin, then more and more heroin as the years went on. The introduction of white powder heroin to the west coast pushed many users past their limits when they had only had black tar heroin available before.  Linda tried methadone for the first time in 1978.  The methadone program didn’t work for Linda the first time, but a seed was planted. Alongside her husband, she continued to use the new, stronger “china white” heroin. Unfortunately, the lifestyle they’d been living for years together couldn’t be sustained. In 1981, at the age of 33, Linda’s husband died of a heroin overdose.

Her life, while not without issues before, took a turn for the worse when he passed. She committed petty thefts, struggled to stay afloat and served a year in a minimum security county jail. When she was released, she had nowhere to go, and so Linda returned to Sacramento to live with her mother.  Over the years her parents had practiced tough love that would later serve her well, but in the meantime the drug use continued coupled with a new tendency to drink heavily.

For many more years, the cycle continued for Linda. She would put together a little clean time, but be unable to sustain it. In 1991 her father died and that would send her on her last run with heroin. In 1993 she tried methadone again and has been on it ever since. She met the man she’s been with for the last 25 years shortly thereafter and began to see improvement in her life.

Actively participating in a BAART methadone program in Sacramento was the first step in beginning again. Linda was able to hold down a job and be present in her family’s life, no longer living day to day trying to find enough money to stay high all the time. The next step in her recovery journey was to quit drinking. In 1996 Linda was hospitalized for alcoholism. The hospital staff suggested that she attend Alcoholics Anonymous (AA). That suggestion would turn into a lifelong commitment to recovery and the program of AA.

Linda’s new husband was also a heavy drinker. He had never used drugs, but when Linda began attending AA he joined her to support her journey, and ended up being on a journey of his own. Realizing they were both in need of help, they jumped into that program with both feet. Many find it impossible to be both a patient on a methadone maintenance program as well as an active member of AA, but their benefit to Linda and her participation in both is a fact of her life even today. She has found a way to thrive through the combination of these programs, allowing the medication to work on her physically so she is able to work on herself mentally and spiritually through the principles of Alcoholics Anonymous.

Today, Linda is an example to the newcomers at the BAART Program she has attended for more than 20 years. She is a caretaker for her niece’s children as a way to alleviate financial difficulties for her family and give back. She knows that family matters more than people realize, and that it can be the strength that pulls a person together. Her ability to support others now, as many supported her, is in large part due to the great experience Linda describes having with her counselors at BAART. They have helped her with not only issues surrounding her drug use, but with issues in all areas of her life.

Linda’s number one piece of advice for someone beginning a methadone maintenance program for the first time is to take advantage of the counseling. About methadone maintenance with BAART, Linda has said, “This is a breath of fresh air. You get the opportunity to stay here long enough and stay clean enough to see what life can really be like. This is the opportunity of a lifetime. It’s an opportunity to live without looking over your shoulder. Living comfortably within your own skin for the first time in your life.” Linda told us she thanks BAART for that.

What Is Opioid Use Disorder? 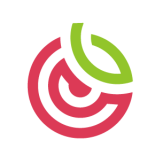